A Brief History of Hefeweizen 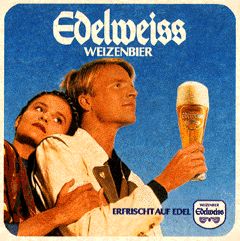 I got word from my editor at TAPS Magazine that the Winter issue will be back from the printers next week, featuring the fifth instalment in my “Beer Styles 101” column, this one focussed on barley wine.

My intention was to post each edition of the column here on the blog when the next issue comes out, which means that I should be posting my fourth column (on porter) from the Fall issue right about now. But then I realized that while I had posted my first (pilsner) and second (dunkel and schwarzbier), I never got around to posting the third.

So, since my mild case of OCD demands that things be done in the proper order, here is my column on hefeweizen as originally featured in the Summer issue of TAPS. As with all of the columns in this series, the intention is to give a condensed history of the style, followed by a list of examples of the style being brewed across Canada.

I’ll follow up with the porter article from the Fall issue in a week or so, once the Winter issue is out.

While many of us can’t pronounce it, most beer drinkers are familiar with the Reinheitsgebot, aka the German Beer Purity Law. First proposed in 1487, and officially put into force in Bavaria in1516, this law dictated that the only allowable ingredients in beer were water, barley and hops (yeast not being mentioned because its role in brewing was not discovered for another three centuries or so).

At the time it was instituted, there were a number of good reasons for the Reinheitsgebot to be put into place. Some unscrupulous brewers were known to use unsafe adjuncts as preservatives in their beer, so the law ensured that only hops could be used for that purpose. And the banning of grains such as wheat and rye from being used in brewing ensured supplies of those ingredients would be consistently available to bread makers. But there was also a strong protectionist bent to the legislation, as many foreign beers didn’t meet the standards and were not allowed into Germany. The law also had the sad effect of making extinct a number of traditional spice and fruit beer styles, making Bavarian-style lagers ubiquitous throughout the country.

Over the years, many of the law’s original intentions were lost in the mists of time, and it became more of a marketing tool than a food quality regulation. Even today, more than two decades after the law was repealed in 1987, brewers in Germany and around the world use the fact that they brew to the standards of the Reinheitsgebot as some sort of proof that their beer is of outstanding quality. In fact, it proves nothing of the sort, as there have been plenty of lousy beers made with nothing but water, barley, hops and yeast. And on the flipside, some of the best beers in the world include additional ingredients – fruit, spices, alternative grains and other flavourings – that would’ve been verboten under the Reinheitsgebot. 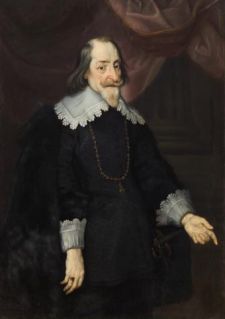 Ironically enough, one of the most popular Reinheitsgebot-breaking beer styles in the world is one that was born in Bavaria, and which survived despite the law due to a bureaucratic loophole that was intentionally introduced by the rulers of Bavaria, the Dukes of Wittelsbach. Apparently, the royals had a taste for Weissbier (“white beer”), a refreshing ale style also known as Weizenbier (“wheat beer”) that was brewed using malted wheat in addition to the usual malted barley. So in 1520, they mandated that a single brewery, overseen by the Dukes of Degenberg in the village of Schwarzach near the Czech border, would be allowed to brew Weissbier. The Degenbergs continued as the exclusive Weissbier brewers – and paid a hefty fee for the privilege – until 1602, when the final Duke of Degenberg died without an heir, and the family’s assets were given to the ruling Wittelsbachs under feudal law.

Duke Maximilian I, the man in charge at the time, quickly decided that one Weissbier brewery in a remote village wasn’t enough, and soon Weissbier was being brewed in towns and villages all across Bavaria, with all of those breweries being owned by the Wittelsbachs. The beer became so popular that sales provided almost one-third of the revenues of the State of Bavaria, and it’s said that brewery profits alone were used to fund the Bavarian Army during the Thirty Years War (1618-1648).

By the late 1700s, however, Weissbier had started to fall out of favour. Traditional dark lagers were making a comeback, and the Wittelsbachs decided that it was no longer worth their while to hold the exclusive rights to the brewing of Weissbier. In 1798, they amended the law to allow any monastery or burgher to brew the style. But even the opening of the market couldn’t improve the popularity of the style, and by 1812, only two breweries in Bavaria where still making Weissbier.

Given these circumstances, it was no surprise that the rulers wanted to get out of the rapidly declining business, and in 1856, they were more than happy to sell their shrunken brewing dynasty to George Schneider I. Despite the fact that Weissbier remained a fringe style for many years, Schneider and his descendents stuck with it, and by the time the style came back into fashion in the mid-1900s, the still family-owned G. Schneider & Sohn had become the most popular Weissbier brewery in the world.

At this point, it’s worth clarifying that the generally interchangeable names Weissbier and Weizenbier actually encompass a number of different styles of beer, all brewed with wheat, but varying in colour, strength and flavour profile. The most common of these is Hefeweizen (literally “yeast wheat”), so named because it is unfiltered, giving the brew a distinctive hazy appearance. Sibling styles include: Kristallweizen (“clear wheat”), a filtered variation; Weizenbock (“wheat bock”), a stronger version usually brewed in the winter; and Dunkelweizen (“dark wheat”), brewed using darker malts.

Of all of these related styles, it’s Hefeweizen that is by far the most popular, and the one that is synonymous with German wheat beer in most people’s minds. Aside from the cloudy appearance, the most recognisable characteristic of a good quality Hefeweizen is the smell, where the fruity and spicy esters created by the yeast during fermentation typically exhibit aromas of banana and cloves, and to a lesser extent, lemon, vanilla and bubble-gum. The high protein level of the wheat combined with the highly effervescent nature of the style means that a thick, pillowy head can be expected when the beer is poured. The flavour should follow the aroma, with notes of banana and clove being prominent, along with some mild breadiness from the wheat, and a very low hopping level. 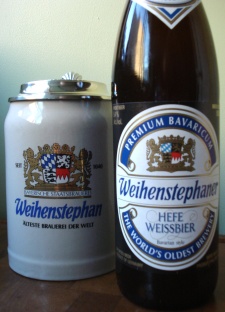 Once an exotic style in North America, there are now a large number of Hefeweizens available here as both imports and domestic brews. From Germany, the aforementioned Schneider Weisse remains a favourite for many, and other options include Hacker-Pschorr Hefeweisse, Erdinger Weissbier, Paulaner Hefeweissbier, Ayinger BrÃ¤u Weisse, SchÃ¶fferhofer Hefeweizen, and Weihenstephaner Hefeweissbier. The latter of these is notable for being brewed at the oldest brewery in the world – Bayerische Staatsbrauerei Weihenstephan, operating since 1040 – and it recently became available in Ontario for the first time via new beer import agency, Beer Barons.

The problem with imports, though, is that they are often past their peak of freshness by the time they reach Canadian consumers, and when it comes to Hefeweizen, freshness can have a big impact on the quality of the brew. Luckily, there are plenty of Canadian craft brewers making examples of the style, some of which rival the best that Germany has to offer.

In BC, Granville Island Robson Street Hefeweizen and Tree Hefeweizen are a pair of popular choices. In Calgary, the Wild Rose Brewery serves up Rose’s Wred Wheat, a version with a unique reddish tinge from the addition of caramel malt. The well-regarded Bushwakker Brewpub in Regina does up a seasonal Summer Wheat, and Half Pints in Winnipeg have a solid effort called Weizen Heimer.

Out east, Rogue’s Roost Brewpub in Halifax occasionally has a Weizen on tap, as does the Pump House Brewpub in Moncton. In Quebec, you’re more likely to come across Belgian-style wheat beers (Witbier or Blanche), but there are still a few Weissbiers to be found, including a fine example from Montreal’s L’AmÃ¨re Ã  Boire brewpub, and the equally impressive NativitÃ© Blonde from Dieu du Ciel. 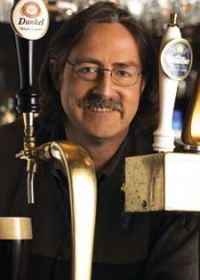 In Ontario, True North Wunder Weisse and Muskoka Hefe Weissbier are available at many Beer Store outlets, and Nickel Brook Organic White pops up on a seasonal basis. But the most notable Hefeweizen in Ontario, if not all of Canada, is Denison’s Weissbier. Originally created by brewmaster Michael Hancock at the now-defunct Denison’s Brewpub in downtown Toronto, and now brewed by Hancock on a contract basis at Cool Brewing in Etobicoke, Denison’s Weissbier has been voted the beer Hefeweizen in the world on RateBeer.com, and deservedly so, as it’s a delicious, refreshing and textbook-perfect example of the style. It’s also a draught-only beer available exclusively in the Toronto area, which is one of the reasons why it’s always so fresh and tasty.

Even if you don’t have access to Denison’s, there should still be a good Hefeweizen or two available in your area. They’re a perfect choice for summer sipping, so go ahead and grab a couple, pour yourself a cold one, and drink a toast to the Dukes of Wittelsbach for their willingness to bend the rules way back in 1520, ensuring that this incomparable and classic beer style is still available to happy drinkers almost 500 years later.

This entry was posted in beer reviews and tagged TAPS Magazine, wheat beer. Bookmark the permalink.

6 Responses to A Brief History of Hefeweizen