Over the few years I’ve been posting to this blog, I’ve written very little of a truly personal nature. Others may be inclined to use their online platform as a diary or journal where they reveal a lot about themselves to their readers, but that’s not something that I’ve ever felt especially comfortable doing. Even when I had a LiveJournal account, I rarely delved very far below the surface with my writings.

For once, though, I’m going to make an exception, as there have been a number of upheavals in my life recently that I feel need sharing, if only to explain why I’ve been on yet another unannounced hiatus from writing anything here. For those who just come here for the beer, there is a brief mention – but mostly, it’s about three losses that I’ve suffered in the past few weeks. 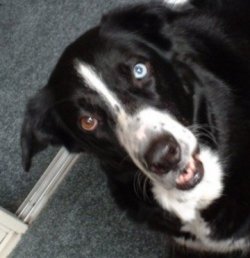 The first was the sudden and unexpected death of our dog Bowie on October 24th. We’re still not sure exactly how it happened, but over the course of a couple of hours, he went from being perfectly fine to collapsing on our kitchen floor and dying in front of my wife and I. (Sheryl, who is much better with the personal writing than I am, wrote a more detailed description of the episode – as well as an oddly amusing follow-up regarding bringing home his ashes – for anyone who might be interested.)

A bit of Googling and talking with our vet has us suspecting that his death was caused spleen cancer or another abdominal cyst which ruptured and released toxins into his bloodstream. We can take some comfort in knowing that if this was the case, it would’ve been essentially painless. And however it happened, he died in his favourite spot on the kitchen floor rather than in some horrible accident or on a cold veterinary hospital table. But that still doesn’t lessen the pain that Sheryl and I – as well our other dog, Petula – have felt, and the hole his absence has left in our home and hearts. 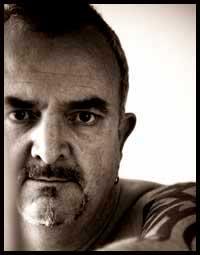 Just over a month later, on November 25th, we got news that experimental musician Peter Christopherson had passed away suddenly in his sleep. I’ve been a fan of Peter’s work with Coil and other projects for over 20 years, but more importantly, I had the opportunity to become acquainted with him personally, at first online, and later in person when I travelled to NYC to see Coil perform in 2001.

While it might be a stretch to call him a “friend,” we still maintained on-and-off contact over the years, and his death affected me more than any other musician since… well, since the death of his partner John Balance, who died in 2004. And others obviously felt the same way, as evidenced by the many heartfelt eulogies that followed his passing. I know that were it not for the fact that I was still dealing with Bowie’s death, I might not have been hit quite as hard by Peter’s – but regardless, it’s a great loss for the world of music and art, and that alone is worth mourning. 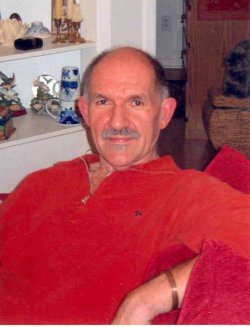 And since these things seem to happen in threes, it makes some sort of sick sense that another death would follow – and so it did on November 26th, when my uncle Daniel Savidant lost his battle with cancer. Unlike Bowie and Peter, Daniel’s death wasn’t a surprise as he’d been in palliative care for some time, but expected or not, death is death. And to have it happen to such a kind and gentle man as my uncle makes it even harder to accept.

But by the same token, Daniel’s passing also gave us a sense a relief, not just because it ended his suffering, but also because of the peace and closure that his memorial service a few days later gave to us. Once again, I’ll bow to the writing talent of my lovely wife and direct you to her blog post about the service, which she describes beautifully.

As she notes in her closing paragraph, it so happened that on the same night as Daniel’s memorial, there was an end-of-Movember event being hosted by Muskoka Brewery at The Dizzy, a pub just a couple of blocks from the church. So along with my uncles Allan and Richard and cousin Brent, we took Daniel’s urn and headed up there for an impromptu wake. John from Muskoka was pouring samples of their new Double Chocolate Cranberry Stout (lovely stuff with a full mouthfeel and big flavour that balances sweet chocolate, tart cranberry and roasty malt), and given that Movember is a fundraiser for prostate cancer, it seemed fitting for us to be toasting Daniel and his life at an event that was raising funds to work towards stopping others from having to go through what he did.

So with all of this death and darkness (hopefully) behind us, it’s come time for Sheryl and I to regroup a bit and look to the future. We put TasteTO on hiatus just after Bowie’s death, anticipating that we would soon be dealing with Daniel’s passing as well as impending holiday plans. But we’ll be back at it in January, and in a slightly altered form that will likely see some material shifting over to this blog as well as Sheryl’s own food blog, Save Your Fork. So if all goes as planned, posts might be appearing here on Beer beats & Bites with much more regularly in 2011.

Or maybe even sooner, as I have at least a half-dozen things that are due for a write-up here. So as I finish crawling out from under the past month and a half, I’ll be trying to get back into the writing groove, doing more than just the press release rehashes that I’ve been posting to Canadian Beer News.

Hopefully, some of you will stick around to see where things go. In the meantime, I thank you all for your indulgence of this personal detour.

This entry was posted in personal. Bookmark the permalink.